When choosing our firm you receive the support of the entire Cameron & Marroney, PLLC staff. Our personable staff has built a solid representation of consistent quality care, giving you that extra support during your difficult time. We understand how important it is for our clients to find peace of mind knowing that you have the support team behind you to help you make sound decisions during your particular dispute.

We are committed to providing our clients with superior personal service that includes representation from a partner of the firm. Our practice is devoted entirely to litigation. At Cameron & Marroney, PLLC you can feel confident knowing that you are receiving quality devoted representation. We take on challenging cases and have a reputation for creating successful resolutions for our clients. With Us It’s Personal.

The attorneys of Cameron & Marroney, PLLC are committed to litigation excellence and providing you with the tools necessary to bring about a successful resolution of your particular dispute. At Cameron & Marroney, PLLC we offer more Than 50 Years Of Combined Experience Fighting For Our Clients. In the day and age of over-saturated lawyer ads and billboards, it is important to find legal representation that has the experience where it matters most. Our entire practice is devoted to litigation, after all, Results Matter! 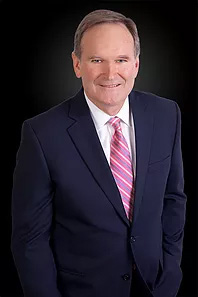 Glenn S. Cameron is head of the firm’s litigation department and has over twenty-five years of experience as a trial lawyer and a number of matters that cover a broad spectrum of civil practice. Mr. Cameron’s trial experience includes verdicts for both the plaintiff and defense in several areas of civil litigation including personal injury, medical malpractice, contracts, law enforcement defense, civil rights, construction and complex business disputes. He is a board-certified civil trial lawyer by the Florida Bar Board of Legal Specialization and Education and is AV-rated, the highest rating awarded to practitioners. Mr. Cameron has obtained numerous million dollar settlements and verdicts on behalf of the firms clients. Mr. Cameron provides representation in all Florida State Courts and the United States District Court for the Southern and Middle Districts of Florida. He is also admitted to practice before the United States Court of Appeals, 11th Circuit.

Mr. Cameron attended the University of Florida on a football scholarship where he played linebacker for the Gators from 1971 through 1974, earning All Southeastern Conference Honors. Following his playing days for the Gators, Mr. Cameron was selected in the first round of the National Football League draft by the Cincinnati Bengals where he played for eleven seasons. Mr. Cameron had the privilege of playing in Superbowl XVI and being named defensive captain of the Bengals for the 1984-1985 seasons. 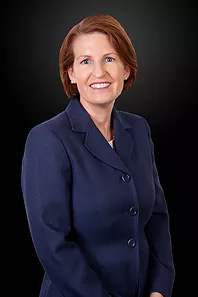 Deirdre E. Marroney is a partner with the firm of Cameron & Marroney, PLLC who has extensive experience in representing clients in Family Law matters including divorce, paternity, child support and custody alimony litigation. In addition to Family Law matters Ms. Marroney is a civil trial lawyer who represents clients in the areas of Personal Injury and Civil Litigation. She represents the Palm Beach County Sheriff’s Office in the defense of civil actions as well as physicians and medical facilities.

Ms. Marroney was admitted to the Florida Bar in 1994 following her graduation from Western New England School of Law in Springfield, Massachusetts. She attended Union College in Schenectady, New York where she attained a Bachelor of Science degree. Ms. Marroney is also admitted to practice in the Federal District Court for the Southern District of Florida.